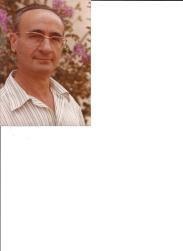 Born in Piotrkow Trybunalski (near Łódź), Poland in December 1920, Moshe Bar-am (Bromberg) began drawing and painting at a young age under the instruction of Prof. Bimmler of the Munich Academy. His art studies continued at Sosnowiec School of Applied Arts and then at the Academy of Fine Arts in Krakow at the studio of Prof. Shichulsky, until 1939.

Moshe and his brother spent a year in forced labour camps during the Second World War (Bendin, Maidanek and Niska). He recorded some of the daily war horror scenes, which were exhibited in Poland after the war. These were carried out on any piece of paper that he came across with the use of unconventional media such as tea essence mixed with oil or shoe polish, first spread on paper and then scraped carefully. He worked as a lumberjack in the camps and managed to escape. He later discovered that the rest of his family perished in the Holocaust.

Moshe continued his art studies in Lvóv and then spent about four years in Uzbekistan (the USSR) for the remainder of the war years, where he learned the ancient art of painting miniatures and paint mixing from the local Chinese and Uzbek artisans.

Moshe exhibited oil paintings and sculptures in Poland from 1945 – 1950, mainly Holocaust subjects in solo and group exhibitions. He immigrated to Israel with his family in 1950 and noted that the Israeli attitude toward the subject of the Holocaust in art at the time was not very receptive. As a result of this, he shifted his attention to landscapes and still life painting and began teaching art in Jerusalem.

On one occasion, Moshe was commissioned by the Israeli President’s wife, Mrs. Rachel Yanait, to create a series of drawings on Biblical themes for the President’s private residence. He continued this series of Biblical subjects in miniature format in tempera, using a Chinese brush with a single strand of hair to create a variety of scenes. His real life subjects were Jewish immigrants from the Middle East who posed for the paintings. Each miniature took about six months to complete from basic concept sketches to final form. 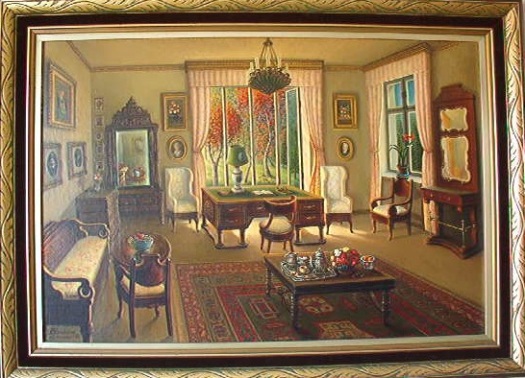 One thought on “Moshe Bromberg (Bar Am) – Brief Biography”